How to Secure Your Savings (Part 1) 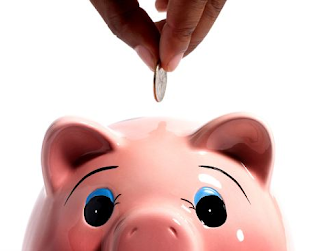 The collapse of Northern Rock, Bradford & Bingley, and Icelandic banks caused a lot of panic several years back, leading people to wonder whether their savings are safe at all. What steps can we take to secure our savings from such a terrifying and real threat?

We will provide a detailed safety checklist as well as what safeguards you can apply in case of averse economic scenarios.

The essential facts you need to know

At least 6 facts will let you prepare for worst-case scenarios, namely:

· Increased protection limit. At present, your savings now gets £85,000 protection based on UK-regulated financial institution instead of the former £75,000 only

Every UK-regulated savings and current account as well as cash ISAs in banks, credit unions and building societies are protected by the Financial Services Compensation Scheme (FSCS).

· You get a temporary £1-million-protection after 'life events'

Based on rules established in July 2015, savings of up to £1m may be protected for a six-month period in case your bank fails.

The increase will cover such life events as selling your home (but not when you buy-to-let or a second home), redundancy, inheritances, and insurance or compensation payouts that could result to you holding a temporarily-high savings amount.

The additional protection will apply starting from the day on which the money is transferred into the account, or the day on which the depositor becomes eligible to have the amount, whichever comes later. You have to provide documents to show where the funds came from in case you file a claim for the amount. It might take at most 3 months for any release of cash above £85,000.

This development is beneficial as it provides the saver time to prepare on how to utilize the money. Moreover, you can maximise savings by adding more money into higher interest-paying accounts instead of the usual lower-paying accounts.

Majority of banks, also foreign-owned ones such as Spain's Santander, are regulated by the UK government. But certain EU-owned banks prefer to use the 'passport scheme' where protection only comes from their HOME government. Examples are Fidor, RCI Bank and others.

Since cash in joint accounts are considered as half each, it gets a £170,000 protection.

If you also have a personal account with the same bank, half of your joint savings stands as your total exposure; hence, and any additional amount above £85,000 is not protected.

An institution is a distinct entity from a bank

Remember, the protection is for every institution, not for every individual account. Therefore, having 4 accounts with a single bank only entitles you to only £85,000. The meaning of the word 'institution' depends on a particular bank's license and huge banking conglomerates complicate the meaning.

For instance, Halifax and Bank of Scotland are sister-banks and their accounts are covered for only £85,000, for one institution. RBS and NatWest, also sister-banks, however, have separate limits.

Distribute your savings to protect them

To achieve fail-proof safety, save at the most £83,000 in every institution (which gives you a safety allowance of £2,000 for interest growth). Doing so will spread your money in perfect safety even if you stay below the £85,000 mark; hence, in case your bank fails, your money will not be inaccessible for a certain period. Having two accounts will reduce such a risk.

What the FSCS protects

The Financial Services Compensation Scheme (FSCS) only covers organisations under the auspices of the Financial Conduct Authority (FCA). This led to the tragic failure of the Christmas savings scheme Farepak, which had no protection at all. Thus, when the scheme went caput, all the money disappeared.

The primary types of protected savings include the following:

Some forms of protected equity bonds, which are 'deposit accounts' whose interest growth relies on the stock market's performance, may likewise qualify for 'savings' protection.

· Any savings within a SIPP pension

For those who have a self-invested personal pension scheme and saved cash money there (in contrast to investment funds), FSCS provides complete protection for their money, separate from any other investment protection.

SIPP service-providers will help you determine the banks holding your money; hence, you can find out if it is linked to others you where you also have savings.

These refer to simple tax-free savings accounts, provided with FSCS protection like other savings accounts. Among those under this coverage is the cash ISA's forerunner, the Tessa-Only ISA (Toisa). Moreover, the ISA money does not lose its tax-free status in case the institution holding it fails.

FSCS covers all UK-regulated deposits – including money saved and accrued interests – that you have put into a bank or a building society savings instrument.

An independent government-sponsored fund regulated by the FCA, FSCS protects some of your money in the event of a bank collapse, although you will lose temporarily any access to your money during the period of compensation.

As long as the bank is UK-regulated, the following rule applies to all, whether children or adults, or wherever they may reside, as stipulated thus:

You may ask: What is considered an institution and what is a UK-regulated institution? And other issues to consider, such as the following:

Popular posts from this blog

November 10, 2011
This Privacy Policy governs the manner in which Bellmore Group collects, uses, maintains and discloses information collected from users (each, a "User") of the website ("Site"). This Privacy Policy applies to the Site and all products and services offered by Bellmore Group . 1. Personal and Non-personal Identification Information We may collect personal identification information from Users in a variety of ways, including, but not limited to, when Users visit our site, place an order, fill out a form, and in connection with other activities, services, features or resources we make available on our Site. Users may be asked for, as appropriate, name, email address, mailing address, phone number. Users may, however, visit our Site anonymously. We will collect personal identification information from Users only if they voluntarily submit such information to us. Users can always refuse to supply personally identification information, except that it may prevent them fr
Read more

October 14, 2011
Investing in Futures & Commodities Futures and commodities investments provide investors with more intricate financial requirements a means to hopefully gain from both the upward and downward movement of commodity and financial markets . Basics of Futures & Commodities Investing Futures and commodities speculators can benefit from greatly leveraged exposures in both financial and non-financial markets (commodities such as energies, meats, metals and grains). Hence, they can buy futures contracts by depositing even a little portion of the total contract price. Their aim is to gain from movements in the value of the futures contract. Hedgers, those who hold a particular commodity (asset) or have a definite investment (such as energy cost), frequently choose a position opposite of the cash market to help lessen the risk of falling or rising commodity prices. Risk of Investing in Futures & Commodities Since futures and commodities markets can be ext
Read more

Make Your Investing Resolutions Reality in 2018

November 10, 2017
These six New Year's resolutions will give your investment portfolio a boost in 2018, deliver long-lasting rewards and require neither spandex nor excessive amounts of kale. It’ll be nearly impossible to find an open treadmill at your local gym come January. By March? Everything’s back to normal again. Welcome to the season of good intentions. Many people will start 2018 with a New Year’s resolution like exercising more or losing weight, only to abandon it within weeks. Sound familiar? Even if you haven’t succeeded in the past, 2018 can be different. (No, really!) If you’re unsure where to begin and would like to start with some quick wins, how about your investment portfolio? Investing resolutions can reap long-lasting rewards and require neither spandex nor excessive amounts of kale. Pick and choose from the following investing resolutions, or go ahead and tackle the entire list. Save more (and invest it) Spending less and saving more is a noble reso
Read more